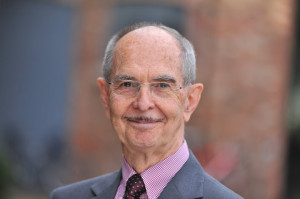 Peter Lloyd is a retired Academic and Policy Consultant still active in research and writing.

Peter is a highly experienced and much travelled senior academic. He also pursued a second career as a Technical Director in an international public policy consultancy. He retired from full-time work in 2011 to become a carer at home for his wife Ros who suffers from dementia. This ended in September 2017 on her admission to full-time residential care

As an academic at the Universities of Queensland, Manchester and finally Liverpool, Peter covered a full spectrum of HE roles.  He left Higher Education in 2001 as Professor of Urban Geography, Head of the Department of Geography and Dean of the Faculty of Social and Environmental Studies.

In parallel with teaching and administration, Peter ran series of academic research units - NWIRU, CURID and CRED - all of which carried out work on local and regional development with an emphasis on policy evaluation.  For over 20 years Peter supplied academic expertise to the European Commission and the OECD. He was still active in this role until 2020 on; “The Digital Transformation and Governance" (EC JRC) and Future Work and Local Skills Policy (OECD – LEED).

Written output over the 40-year academic career included Location in Space and Modern Western Society (co-authored with Peter Dicken) and over 100 academic papers.  Academic interests shifted over time but were always in the broad fields of local economic development, the social economy and local skills policies.  It has been a great privilege to see former Doctoral students and Research Assistants rise to become world leaders in their field.

The second career that began in 2001 saw Peter seconded from Liverpool University to Enterprise PLC (formerly Lancashire Enterprises Ltd) in Preston.  Later he started his own private consultancy business - Peter Lloyd Associates - before being head-hunted by Ecorys UK (part of a Dutch-based international consultancy Ecorys) as a Technical Director.

Peter went on to establish the company’s European Policy Division and was its first Director from 2005-2008. He also had a special role as coach on strategy-making for the company.  Most of the professional consultancy work was for the European Commission on local employment, education and skills policy.  This came to an end in 2011 with his wife’s illness.

While acting as a full-time carer, local roles were taken up as a Governor at Blackpool and the Fylde College and at a local Primary School. In September 2017, Peter was able to take up an active professional role again. The link with OECD-LEED on designing local skills strategies was restored For the three years 2017-2020 he was attached to the EU research programme on ‘The Digital Transformation - Governance of Human Societies (Digitranscope)’ within the Joint Research Centre for Advanced Studies. He is currently a Public Advisor with ARC NWC. This is an NIHR funded initiative linking academic expertise to health professionals on the ground in local settings across Cumbria, Lancashire and Merseyside.

During the COVID-19 lockdown, along with Michael Blakemore, Peter produced eight papers.They follow the progression of pandemic events from April to December 2020. The papers were consolidated together in a book - "The Covid-19 Experience in England: Eight Essays on the Pandemic and its Management". Two later papers look at Health and Social Care in England. “A Stain on the Nation”; Care for the Old and Vulnerable in England" and "Tackling the Issue of Social Care in England". All are available on this website under Papers and Blogs.